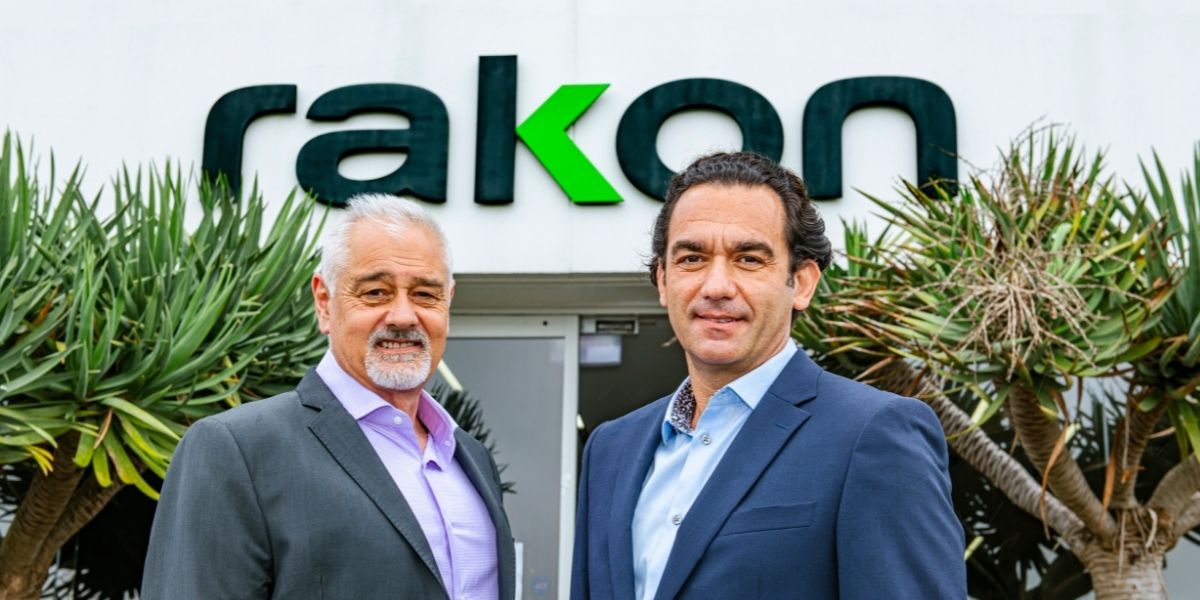 Mr Robinson, who has led Rakon’s executive team for more than 35 years, will remain at the company in the role of Chief Technology Officer, and will also remain on the board as an Executive Director.

Chair Bruce Irvine said: “Brent, who signalled some time ago his interest in stepping aside from the role, has been an inspiring leader to Rakon’s thousand-strong team.

“His technological expertise is acknowledged by customers and industry participants around the world. Since he was appointed CEO in 1986, Brent has grown Rakon into a publicly traded global company and recognised leader in the frequency control product industry.

“More recently, having led Rakon through its strategic repositioning, and with it now set on a strong growth trajectory, we believe now is the right time for a well-managed leadership transition.

“We thank Brent for his commitment to the company. We are pleased he will continue leading Rakon’s development of cutting-edge timing and frequency control solutions and continue to contribute to the governance of the company.”

“Sinan, in his current role as Chief Operating Officer and in prior roles with the company, has proven himself as a commercially astute and visionary leader. He has been pivotal in establishing the company’s product leadership in the telecommunications and NewSpace sectors that now underpin Rakon’s growth.

“More recently as Chief Operating Officer he has adroitly executed the company’s global strategy and successfully led the recent expansion of manufacturing capacity at our New Zealand headquarters to meet the current strong global demand for Rakon’s products.

“Over many years, Sinan has built strong relationships with Rakon’s team around the world and consistently demonstrated commitment to the company and passion for its success. We are therefore highly confident that he brings the skills, knowledge, and experience necessary to build on the company’s strong record of growth. We are looking forward to working with him in his new role.”

Dr Altug joined Rakon in 2002, after holding various management positions in the frequency control industry, including Director of European Operations for Champion Technologies, a former crystal technology subsidiary of the US telecommunications equipment company Motorola.

At Rakon he has held a number of senior management positions in the United States and Europe, including Global Business Development Director and Managing Director of the company’s European businesses. In January 2020 he was appointed Chief Operating Officer (based in Auckland), where he has led the company’s global operations to focus on creating profitable growth.

Dr Altug has an MBA as well as a PhD in Electrical Engineering, specialising in artificial intelligence and neural networks.

Mr Robinson said he was pleased to make the transition to the new role with Rakon in excellent shape and was delighted to be passing his responsibilities to a leader that shared his commitment and passion for the company.

“As a team we have worked very hard over the last few years to reposition the company from being a component manufacturer for consumer products to being a recognised leader in high-performance solutions for infrastructure and industry, in the world’s most challenging environments.

“The success of this approach is reflected in our recent results, where we reported record half-year revenue, earnings and manufacturing outputs. I am proud of our achievements and look forward to working with Sinan and the rest of the Rakon team to build on this record of success.”

Dr Altug said he was looking forward to his new role.

“I am thrilled with the challenge and opportunity to lead Rakon at an important time in its journey. With our strong product portfolio and pipeline of cutting-edge and world-leading technologies, we are well positioned to take advantage of the ever-increasing demand for faster, more accurate and more reliable data connectivity.

“We have a highly capable and experienced global team who I am proud to lead. I’m also delighted to be working side by side with Brent as a key member of our leadership team, putting even more energy into our technological direction. His unmatched industry knowledge and capability of envisioning, developing, and commercialising new technologies have been at the forefront of many of Rakon’s successes.”

View the video to learn more about how Sinan and Brent see Rakon and the future:

About Brent Robinson
Brent has worked at Rakon for 42 years and has been CEO and Managing Director since 1986. Under Brent’s leadership Rakon has grown into a global business and a recognised leader in the frequency control product industry.
In his capacity as Chief Technology Officer, he drives and oversees the business’ technology and innovation. He has 42 years’ experience at Rakon in the design and manufacture of crystals and oscillators, which has included leading the development of Rakon’s core business.

Brent is an Honorary Fellow of the Institution of Professional Engineers New Zealand. He was awarded the New Zealand Hi-Tech Trust Flying Kiwi Award in 2011. He was appointed to the Rakon Board in 1991 and was last elected at 2019 annual meeting.

About Dr Sinan Altug
Sinan joined Rakon in 2002 and commenced as COO in January 2020. In this position he leads, aligns and drives the company’s global operations to best meet customer demand and create profitable growth.

Between 2012 and 2020 he was Managing Director of Rakon’s European businesses, where he drove growth to the point that sales to the region now represent more than three quarters of Rakon’s total revenues. Prior to that he was Rakon’s Director of Global Business Development and Director of Global Applications.
Before joining Rakon, Sinan held various management positions in the frequency control product industry, including Director of European Operations for Champion Technologies. He has a PhD in Electrical Engineering and an MBA.

About Rakon
Rakon is a global high technology company and a world leader in its field. The company designs and manufactures advanced frequency control and timing solutions. Its three core markets are Telecommunications, Positioning and Space and Defence. Rakon products are found at the forefront of communications where speed and reliability are paramount. The company’s products create extremely accurate electric signals which are used to generate radio waves and synchronise time in the most demanding communication applications. Rakon has three manufacturing plants, and has six research and development centres. Customer support personnel are located in sixteen offices worldwide. Rakon is proud of its New Zealand heritage; it was founded in Auckland in 1967. It is a public company listed on the New Zealand stock exchange, NZX, ticker code RAK.